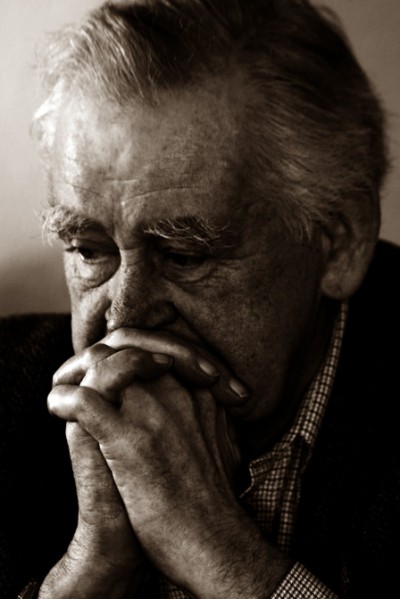 I was approached recently by the Aigas Field Centre to supply one of my portraits of Magnus Magnusson to be used at the opening of a new building to be named after him.
Following consultation with Sally, his daughter, we settled on four sepia effect images in one frame and a second with a portrait of Magnus and Sally.
Sir John Lister Kaye from the centre requested that the frames should be made of Scottish hard wood, and so my son, Jamie, was commissioned to source the wood and make the frames. My wife, Sue, mounted the photographs and finished the frames - quite a family affair. 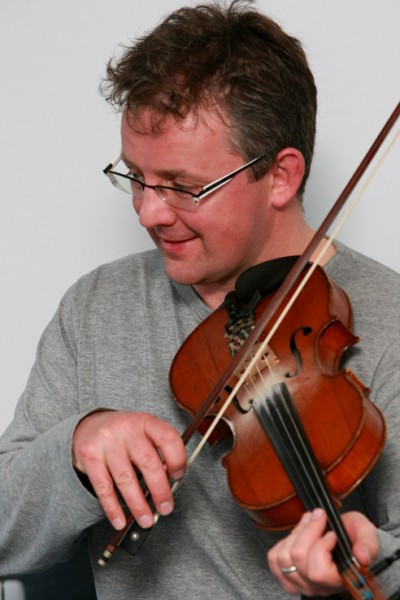 May has been very busy with a return visit to the Feis at Ullapool. The Feis movement organises tuition events for those interested in Gaelic culture and Traditional music. I was there for the Junior Feis in April and was asked to return for the Senior Feis in May. This event caters for 300 or more adults getting superb tuition from over 40 of Scotland's leading musicians.
It's not particularly easy to get good images without disturbing the musicians and so I try very hard not to be too obtrusive. It's a real joy to be a part of such an exciting event, and I hope that at least a few of the 1000 or so images will be of use!
Shown here is one of the tutors - Bruce MacGregor of Blazin' Fiddles